Dublin (30 March 2021) – It’s known to be a season of hope, but Irish Christians cannot gather to worship at church this Easter Weekend. This month marks nearly a full year of the blanket ban on public worship being in place throughout the country. Supermarkets and hardware stores remain open with precautions in place, as well as public transport – yet churches are deemed too dangerous to open their doors, even to masked and distanced worshippers.

“Ireland’s restrictions on religious worship are now the most far-reaching and disproportionate in Europe. Freedom of religion is a fundamental right, secured by the Irish Constitution and international law. Where a government introduces restrictions on religious worship in response to the COVID-19 pandemic, the restrictions must be proportionate and reasonable. The blanket ban on all worship in Ireland is clearly disproportionate as can be seen by looking to the approach taken by almost every other European country,” said Lorcan Price, Irish Barrister and Legal Counsel for ADF International.

In response to a challenge at the High Court, the government has confirmed that it is a criminal offense for a priest to conduct mass unless for the purpose of a funeral or a wedding. Similarly, worshippers could face a fine or up to 6 months jail time for leaving their homes to attend a place of worship.

In the rural Northern County of Cavan, Father PJ Hughes faced a fine of €500 after celebrating a Sunday Mass for 20 people on March 7th. Police mounted a major operation to block access to his Church including the use of cars, vans and roadblocks. The Priest said that he had felt “intimidated” by the activity, and expressed concern for the mental and spiritual welfare of his rural parish community.

The Irish Government’s decision to continue with the prohibition on worship is out of step with the approach of governments across Europe.

Recently, Scotland’s top civil court found that a similar blanket ban on worship was unlawful. The challenge was successfully brought by 27 faith leaders and a Glasgow Priest, Canon Tom White, who was supported by human rights group ADF UK.

The Scottish decision affirmed that any restrictions on fundamental freedoms must be necessary and proportionate. In November, Westminster’s chief medical and scientific advisors conceded that evidence for church closures was “anecdotal” at best and “not based on scientific fact.”

“We celebrate this decision with Canon Tom White, because the Scottish court has recognised that freedom of religion and belief is a human right to be afforded the highest protection. In declaring the ban to be unlawful, the court helped ensure that people of faith will not again have their rights erased in this way. We congratulate the Canon and the other faith leaders involved for having the courage to take this necessary challenge forward, and securing protection for churches across Scotland for the future,” said Ryan Christopher, Director of ADF UK. 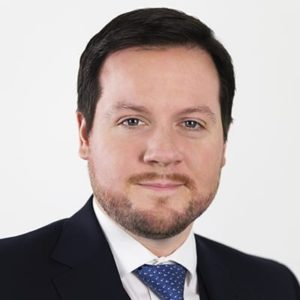