How can a thought be made criminal?

Censorship zones go so far as to ban silent prayer on the public street.

Sign to keep prayer free, and offers of support open!

Read our FAQs on this topic

To our political leaders:

Silent prayer is never criminal. It is the raising of one’s own internal thoughts to the divine.  Freedom of thought is protected as an unconditional, absolute right under Article 9 of the ECHR.

No free society can ever police thoughts, nor make arrests on the basis of what one is thinking. But censorship zones, known as “buffer zones”, have gone so far as to make prayer an illegal act on public streets.

Censorship zones claim to be a solution to the harassment of women. We condemn all forms of harassment. According to a Home Office Review in 2018, instances of harassment outside of abortion facilities are rare, and police already have the powers to deal with such situations appropriately.

By placing a disproportionate blanket ban on all pro-life expression, censorship zones would not newly criminalize harassment. Rather, as evidenced by where they have been implemented already, they have newly criminalised thought, including silent prayer, as well as offers of help to pregnant women.

Women have a right to hear about options available to them. And everyone has the right to think, pray and express themselves in a free and democratic society. Authorities cannot decide to ban speech, let alone thought, with which they simply disagree. We must do better.

We, the undersigned, therefore ask you to take the pro-woman, pro-democracy position. Please protect human rights, and reject all attempts to implement censorial “buffer zones” on our streets. 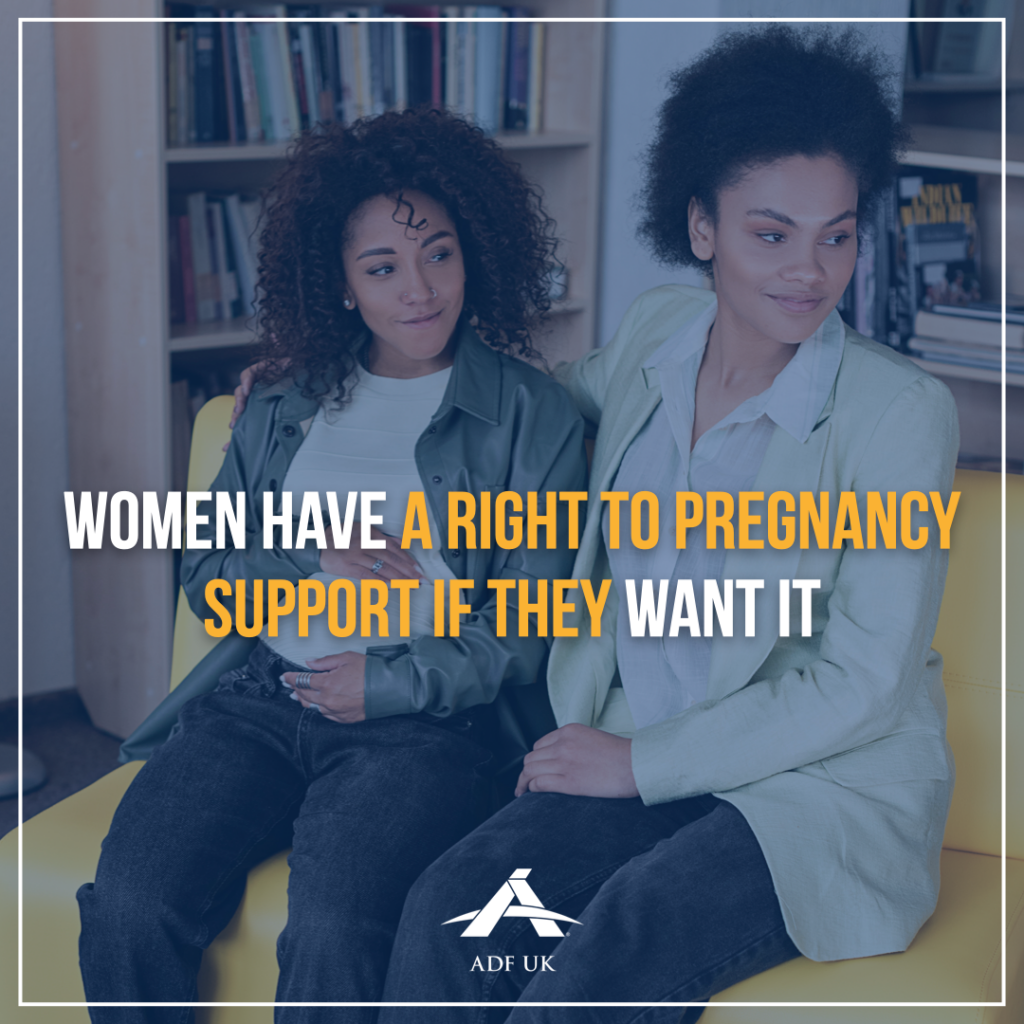 In Scotland, if someone is engaging in harassment, they can be subject to a non-harassment order. If that order is breached, it’s an offence with up to 2 years jail time.

Censorship zones, then, wouldn’t newly ban harassment. They would, however, newly ban other forms of behavior which are perfectly legal, protected in human rights law under freedom of speech, thought, and assembly, and indeed can be a vital lifeline to women.

What really happens outside abortion facilities?

In 2018, the UK Home Office conducted a review into the situation outside abortion facilities across the country. Taking into account evidence gathered about instances of harassment, the Home Secretary at the times said this:

“…what is clear from the evidence we gathered is that these activities are not the norm, and predominantly, anti-abortion activities are more passive in nature. The main activities reported to us that take place during protests include praying, displaying banners and handing out leaflets.”

(Since 2018, there has been no evidence of a substantive escalation of any violence, abuse or harassment outside of abortion facilities).

The Home Secretary thus concluded that:

This conclusion indeed corresponds with the testimonies of women who say they felt helped, not harassed, by volunteers nearby abortion facilities.

Alina Dulgheriu is one such woman who has made her story public. When she found herself in a crisis pregnancy, she was alone, abandoned and jobless. Like almost 1 in 5 women who have abortions, she felt pressured into the decision. She thought she had no choice but to abort her child. Fortunately, Alina received a leaflet about help available, right at her point of need. She chose to accept the offer, and flourishes as a mother today. Find her story, as well as others, at www.behereforme.org.

Silent prayer is possibly the most private action which one could manifest in public – an expression of thought.

In a free and fair democracy, everyone sometimes feels discomfort when confronted with a different thought or idea. Part of upholding an equal society is allowing for a diversity of opinion in the public square. Although someone might find the idea of public prayer outside of an abortion facility disagreeable, this doesn’t mean that it’s right to arrest and restrict the rights and freedoms of others.

What do the national bills for censorship zones ban?

In Scotland and Northern Ireland, proposed national buffer zones legislation broadens criminal liability to any “influencing activity”. The scope of this term is so vague and unclear that it betrays the basic rules of good law.

Indeed, the scope is so broad that it would inevitably lead to numerous unjust arrests and needless interferences with the fundamental rights of people to freely think and speak on the public street.